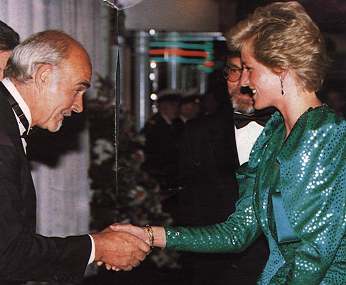 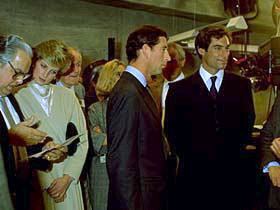 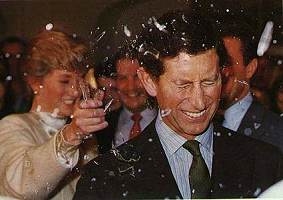 "Princess Diana snatches a rare opportunity to knock "The Living Daylights" out of Prince Charles with a prop bottle (made of sugar glass) when the royal couple visited the Bond sets at Pinewood Studios on 11 December 1986." 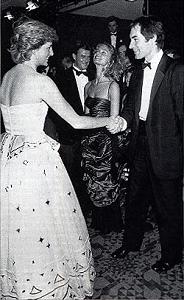 Diana is greeted by stars Timothy Dalton and Maryam D'Abo at The Living Daylights premiere, June 1987.