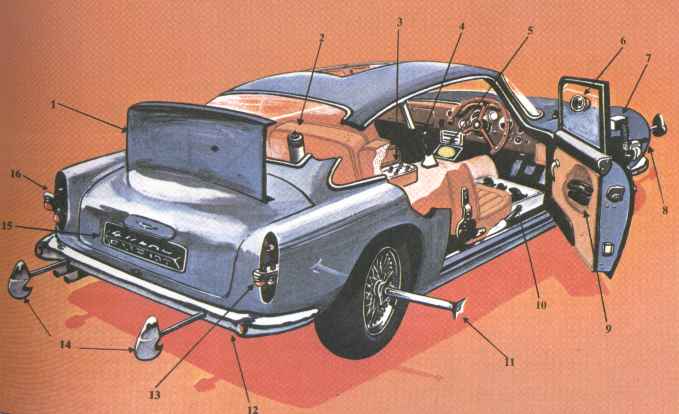 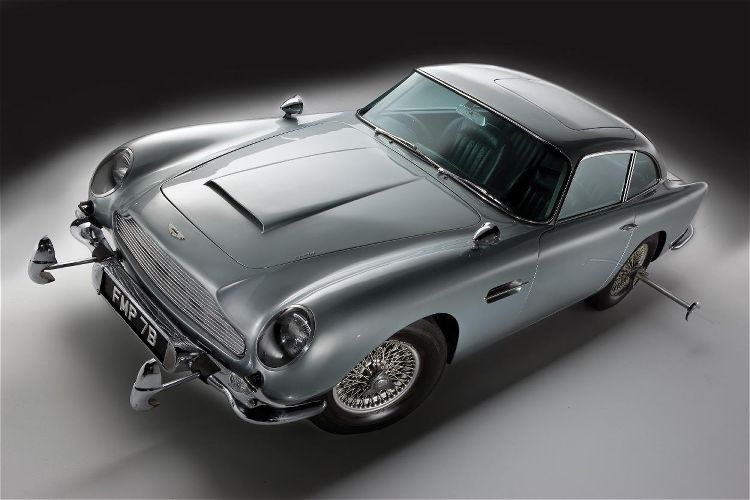 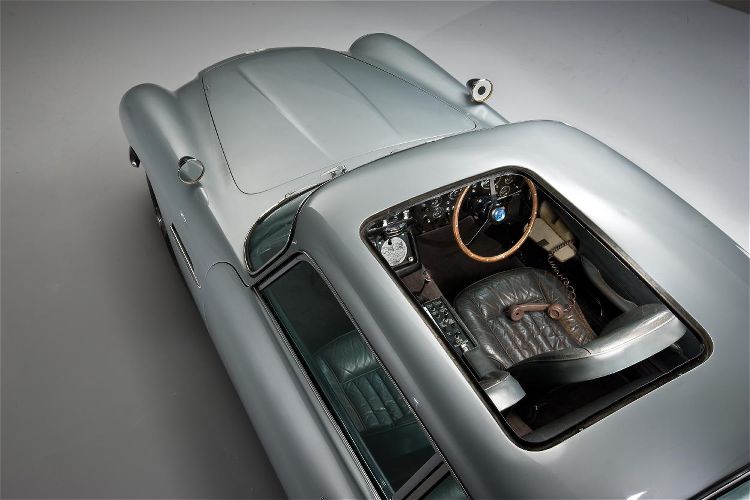 LONDON (1 June, 2010) − PAY ATTENTION, BOND FANS! RM Auctions announces the consignment of one of the most significant cultural icons of the 20th century – the 1964 Aston Martin DB5 James Bond movie car – to its annual ‘Automobiles of London’ event at the Battersea Evolution in London on 27th October, where it is available for sale for the first time in history and expected to achieve in excess of $5 million. The car is being offered by RM in association with Sotheby’s, with whom RM has worked in the past.

Well-known around the world by its original UK registration number, FMP 7B, this Aston Martin is one of only two, and the sole remaining, of the original ‘007’ DB5s as featured on screen with Sean Connery behind the wheel in the enormously popular Goldfinger and Thunberball movies. With its 'rather interesting modifications' originally conceived by Oscar-award-winning special effects expert, John Stears, this authentic Bond movie car is factory-fitted with the full complement of operational ‘Q-Branch’ gadgets, including machine guns, bullet-proof shield, revolving number plates, , tracking device, removable roof panel, oil slick sprayer, nail spreader and smoke screen, all controlled from factory installed toggles and switches hidden in the center arm-rest.

“Like ‘Q’ , we never joke about our work, which is why RM is consistently entrusted with the sale of the world’s most significant collector cars like the REAL 007 Aston Martin DB5 movie car,” said Max Girardo, Managing Director, RM Europe. “RM is known for world-record-setting results and we expect nothing less for 007’s iconic DB5.”

The DB5 was originally loaned to EON Productions for the filming of the two Bond movies, and returned to the Aston Martin Lagonda factory after its subsequent promotional tour. Mr. Jerry Lee, an American radio broadcaster based in Philadelphia, PA, convinced the factory to sell FMP 7B to him for $12,000 in 1969, thereby becoming its first and only ex-factory owner. It has remained in his possession and has rarely been seen publicly over the past 40+ years.

Mr. Lee plans to use the proceeds from the sale of FMP 7B to further the charitable work of The Jerry Lee Foundation, a multi-national initiative dedicated to solving social problems associated with poverty, with an emphasis on crime prevention. The Foundation supports programs at the University of Pennsylvania and Cambridge University (UK), as well as in Australia, Norway and Washington, DC. It is also responsible for the establishment of the Stockholm Prize in Criminology, for which Mr. Lee received a Swedish knighthood in 2008. (http://jerryleefoundation.com/http://jerryleefoundation.com/)

“The James Bond car has brought me much enjoyment for some 40 years,” said Jerry Lee. “Even as I sell it and use the proceeds to fund the Jerry Lee Foundation, the car will continue to give me great pleasure as it furthers the mission of the Foundation to do good around the world.”

Today, FMP 7B is presented in highly original condition and recently underwent a careful re-commissioning program by RM Auto Restoration, returning it to running condition after the many years of static display in Mr. Lee’s home.

In advance of its auction debut at RM’s Automobiles of London sale on 27 October, the car is set to make its first 21st century public appearance at the Bond-themed Midsummer Classic/Thunderball concours and black-tie reception scheduled for 26 June at the Stoke Park Club located outside of London. Bond fans will recognize the Stoke Park Club as the site of the first confrontation between 007 and Mr. Goldfinger. For event and ticket information, visit: http://www.midsummerclassic.co.uk/